The Pumpkin Eater takes its title from the nursery rhyme: ‘Peter, Peter, pumpkin eater / Had a wife and couldn’t keep her. / He put her in a pumpkin shell / And there he kept her very well.’ As this allusion suggests, one of the central concerns of the film is female entrapment – the experience of being kept ‘in a shell’. The heroine, Jo, has all the ostensible trappings of a happy life: a handsome, successful husband, a beautiful house, an enviably affluent lifestyle, and battalions of healthy children. Yet she still comes to the conclusion that her life is ‘an empty place’. She even suffers an emotional breakdown in the most unlikely of places – the luxurious Kensington department store, Harrods.

One could read the film as a proto-feminist protest against women’s second-class status and limited opportunities, no matter which class they belong to. Certainly, Penelope Mortimer’s original novel is animated by a sense of frustration and anger at patriarchal values: ‘A womb isn’t all that important. It’s only the seat of life… At school the word “womb” used to make them snigger. Women aren’t important.’ However, Harold Pinter’s adaptation has the effect of making the film less about Jo (the novel had been written in the first person from her point of view) and more about the relationship between Jo and her husband Jake: it offers a complete portrait of a marriage from first meeting and initial romantic idyll through betrayals and bitter disputes to a tentative reconciliation between the estranged couple. As the director Jack Clayton put it, the film investigates ‘the infinitely simple idea of the difficulties in any married relationship while at the same time showing the tremendously strong relationship that grows almost inevitably.’

The film’s treatment of angst among the sophisticated metropolitan bourgeoisie lead to a comparison with the work of the director Michelangelo Antonioni, chronicler of Italy’s idle (and anxious) rich. Indeed, one review of The Pumpkin Eater was entitled (sarcastically) ‘Keeping Up with the Antonionis’, unfairly implying that the British film was nothing but a superficial copy of the European art film, lacking its profundity. Looked at today, The Pumpkin Eater’s achievement can be seen more clearly: a remarkably honest film about love, sex, marriage, infidelity, reproduction and parenthood made by a director, writer and group of actors all at the height of their powers.
Melanie Williams, BFI Screenonline, screenonline.org.uk

Jack Clayton’s The Pumpkin Eater, a film about the mid-life crisis of a middle class woman, received lengthy and in several quarters sympathetic critical treatment. But for Sight and Sound’s editor, Penelope Houston, it was altogether too modish: ‘Clayton inaugurated the whole British back-to-the-provinces movement with Room at the Top, and in The Pumpkin Eater I suspect that he is showing the same freakish instinct for the mood of the times. Probably with no more deliberate intention on his part, he would seem here to be ratifying the British cinema’s entente with Europe.’

Houston’s accusation that Clayton was unduly influenced by Antonioni and that The Pumpkin Eater is a shallow copy of a European art film now seems misplaced. Despite the casting of Anne Bancroft in the central role, The Pumpkin Eater looks quintessentially English and Clayton has proved to be the least fashionable of directors. He refused to repeat the success of Room at the Top with another Kitchen Sink subject and instead chose to make The Innocents for Twentieth Century-Fox. The Pumpkin Eater, though it reunited him with Romulus, turns its back completely on poverty and the working class. Its heroine is troubled by the malaise of affluence which causes her children to be tidied away in nurseries and boarding schools, and drives her to a nervous breakdown in Harrods.

Penelope Mortimer’s novel, which unfolds as a series of imaginary missives from Jo to a school friend, is at times trite and one-dimensional. Jo’s parents, friends, even her husband, are seen only through her eyes and are hardly more than ciphers. In the film Maggie Smith, Yootha Joyce, Richard Johnson, Cedric Hardwicke, Rosalind Atkinson, and Peter Finch give them solid substance and make Jo’s crisis more real and less neurotic. And Harold Pinter’s script retains the content of the novel but gives it a spiky and disturbing edge. Two incidents, the plea for help from a desperately unhappy middle-aged woman who has seen Jo’s photograph in a glossy magazine and assumes her life must be perfect; and Jo’s visit from an itinerant prophet, ‘the New King of Israel’, which in the book are little more than whimsical details, are used by Pinter to capture that opening out on to a world of pain and sorrow which occurs when one is jolted out of the rut of routine existence. Clayton is able to reconstruct Jo’s life from the empty shell of her dreams. Her grief, her suffering, rather than her psychotherapy, cause her to heal herself.

The ending, where Jo is woken by the voices of her husband and children advancing on the old windmill she has retreated to, is moving not because it is a ‘happy end’ but because it embodies a matter-of-factness about life going on, that losses and compromise and betrayals are something one has to live with.

Sixties British Cinema by Robert Murphy is available to buy from the BFI Shop: shop.bfi.org.uk 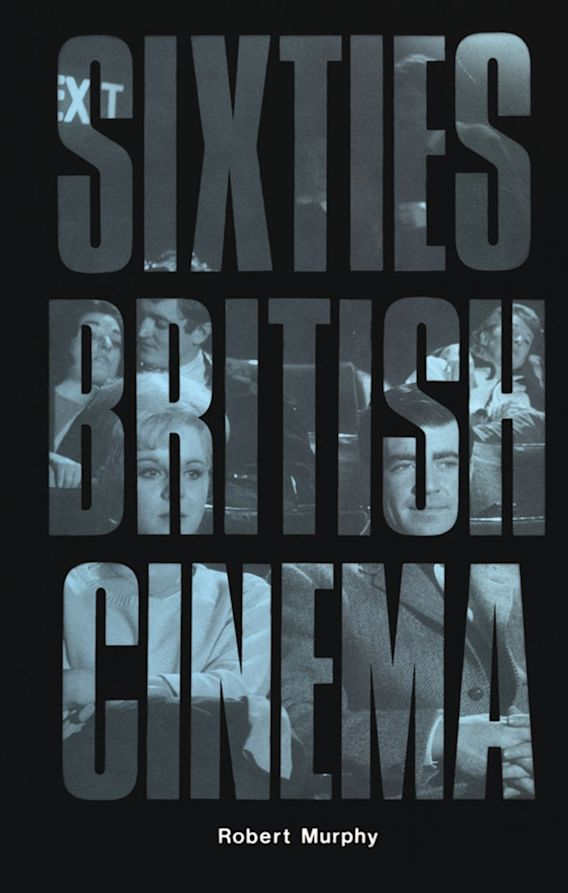