It was writer Paul Schrader whose love of Pickpocket drove him to script this searing drama – the first of his many ‘lonely man’ studies – about an obsessive New York taxi driver driven to crime. Schrader later borrowed heavily from Bresson’s film for American Gigolo – sadly unavailable for this programme. Though also an admirer, Scorsese opts for a mise-en-scène more expressionist than Bressonian.
bfi.org.uk

Perhaps the place to begin is with John Hinckley III, the man who, in 1981, tried to kill President Ronald Reagan so that, as the defence explained at his trial, ‘he could effect a mystical union with Jodie Foster’, the actress who played a preteen prostitute in Martin Scorsese’s Taxi Driver and who, at the time of Hinckley’s assassination attempt, was a freshman at Yale University. Hinckley’s action assured Taxi Driver a privileged position in cultural history, making it the only film to inspire directly a presidential assassination attempt. That the assassination failed is only fitting, since Taxi Driver is a film steeped in failure – the US failure in Vietnam, the failure of the 1960s counterculture and, most unnerving, at least to 49 per cent of the population, the failure of masculinity as a set of behavioural codes on which to mould a life.

Or perhaps the place to begin is a decade earlier, with Arthur Bremer, who, in 1972, attempted to assassinate Alabama Governor George Wallace, but merely succeeded in paralysing him from the waist down. The front page stories about Bremer, along with Sartre’s Nausea, Dostoevsky’s Notes from the Underground and Robert Bresson’s film Pickpocket (1959), directly inspired Paul Schrader’s Taxi Driver screenplay.

Schrader read the Bremer coverage while he was in a Los Angeles hospital, recovering from a gastric ulcer, at what he describes as the low point in his life. He was 26 years old, his marriage had broken up, he had quit the American Film Institute where he had been a fellow and he had been living in his car and drinking heavily. He said that when he checked into the emergency room, he realised that he had not spoken to anyone for weeks. No wonder his imagination was captured by Bremer, who was also totally isolated and living in his car while he stalked various political heavyweights. Coming of age in the aftermath of a decade of political assassinations (JFK, Malcolm X, Martin Luther King, Robert Kennedy), Bremer had convinced himself that the surest and fastest way for him to get the attention he was starved of was by assassinating a famous politician. When he failed to penetrate Nixon’s security, he turned his attention to Wallace.

Bremer kept a diary. Parts of it were found in his car and parts in an apartment where he’d lived before taking off on the journey that would land him, at age 21, in the penitentiary with a 63-year sentence. The diary wasn’t published until 1974, but passages from it made their way into the news stories. Schrader, who was already wedded to the first-person, voice-over narrative, found it fascinating that Bremer, an under-educated, lower middle-class, Midwestern psychopath, would talk to himself in his diary just like a Sorbonne dropout in a Robert Bresson film.

Schrader got out of the hospital and wrote the script of Taxi Driver in about ten days. ‘The theme,’ he says, ‘was loneliness, or, as I realised later, self-imposed loneliness. The metaphor was the taxi, a metal coffin on wheels, the absolute symbol of urban isolation. I’d had this song by Harry Chapin in my head, about a cab driver who picks up a fare and it turns out to be his former girlfriend. And I put all that in the pressure cooker of New York City.’ And who was Travis Bickle? Was he Arthur Bremer? ‘Travis Bickle,’ Schrader replied, ‘was just me.’

In case there’s anyone who doesn’t know, Taxi Driver describes one stiflingly hot summer in the life of Travis Bickle (Robert De Niro), an alienated ex-Marine who drifted to New York shortly after the end of the Vietnam War. This background sketch may or may not be true, since we have only Travis’s word for it. With small exceptions, the film is told from Travis’s point of view and he is, to put it mildly, an unreliable narrator. Travis takes a job as a cabbie. Unable to sleep at night, he cruises in his taxi through a city that seems to him a hell. He becomes obsessed, in turn, with two women: Betsy (Cybill Shepherd), a campaign worker for a presidential primary candidate, and Iris (Jodie Foster), a 12 year-old prostitute. Betsy is the Madonna Travis wants to turn into a whore, while Iris is the whore he wants to save.

The seemingly desultory narrative is rigorously divided into three acts. In the first, Travis’s rage is diffuse; he rides around in his cab, more a witness than a man of action. In the second, he finds a mission and an object for his rage. (‘One day, indistinguishable from the next, a long, continuous chain. And then, suddenly – there is change,’ he writes in his diary.) In the third, he puts his homicidal fantasies into action, taking aim at one father figure (the presidential candidate) and, when that attempt fails, turning his gun on another (Iris’s pimp Sport, played by Harvey Keitel). The carnage that ends Taxi Driver is devastating, but it’s also voluptuous – as voluptuous as anything in American movies – and all the more so because of the sense of repression that pervades the film until this moment. The entire film has been built so that this eruption of violence would seem both inevitable and more horrific than anything we might have imagined.
Extracted from Taxi Driver by Amy Taubin (BFI Film Classics, 2nd edition, 2012). Reproduced by kind permission of Bloomsbury Publishing. ©Amy Taubin

Taxi Driver by Amy Taubin is available from the BFI Shop: https://shop.bfi.org.uk/taxi-driver-bfi-film-classics.html 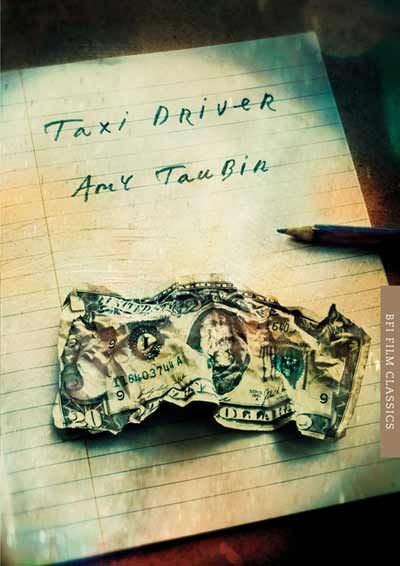