Pandora’s Box (Die Büchse der Pandora) is a confounding film. It failed commercially, then soared in popularity long after it might have been forgotten. It is a masterpiece that has been mistreated and misunderstood; a work by a respected director that has come to be known as a vehicle for a foreign starlet. The spark that illuminated this perplexing, dazzling film was the creative tension between two of film history’s most unusual characters. Louise Brooks was a reckless hedonist, a dancer turned movie actress with a riotous love life; Georg Wilhelm Pabst was a serious and diligent actor-turned-director with a passion for the cinema and social justice. Pabst summoned this underperforming Hollywood starlet to Europe, where she made three films that would outshine the rest of her career, the foundation for her lasting renown – then their paths diverged just a few years later.

Born in 1906 in Cherryvale, Kansas, Brooks grew up with few rules and free rein to indulge her passion for dance. She joined the avant-garde Denishawn dance troupe in 1922 as a teenager, and travelled with them to New York, where she discovered the big-city nightlife and lost her rustic accent but she was dismissed after too many infractions of their rules. She next became a Broadway dancer, for the George White Scandals, then the Ziegfeld Follies, and she became known, and notorious, on the New York party scene. Her distinctive look, capped by her modern bobbed haircut, was the inspiration for the racy title character in the long-running syndicated comic strip, Dixie Dugan.

A pretty dancer in Manhattan was likely to be offered a movie contract, and Brooks signed with Paramount, working initially at its Astoria studios. By the time she moved to Hollywood, she was one of Paramount’s most photographed actors, with her impish face and trim dancer’s body set off by an expensive designer wardrobe and that glossy bob: shorter and more severe than her peers dared to wear. Rather than romantic leads, Brooks specialised in Hollywood’s idea of a bad girl: two-timers and boyfriend stealers. It was her behaviour off-screen that stopped her getting the plum parts: she still acted more like a chorus girl than an ingénue, making little secret of her appetite for sex and alcohol, yet was renowned as an intellectual snob, ostentatiously reading foreign literature on set. By the time her contract was due for renewal, there was such a lack of enthusiasm from both studio and player that, aged 21, Brooks took a chance on an offer from Berlin instead, setting sail to play the lead in an adaptation of a play she hadn’t read, for a director she had never heard of.

Pandora’s Box was the first and greatest of her European films, followed by Diary of a Lost Girl (Tagebuch einer Verlorenen, 1929), also with Pabst, and Prix de Beauté (Augusto Genina, 1930). These films brought her no immediate fame, but would be rediscovered decades later by critics who championed her as not just a star, but as a cinematic icon. In 1955, largely because of Pandora’s Box, her photograph was displayed at the entrance of a prestigious exhibition in Paris curated by Henri Langlois, who proclaimed: ‘There is no Garbo! There is no Dietrich! There is only Louise Brooks!’ She burned her drafted memoir, but published several autobiographical pieces and essays on cinema, expanding on her dislike of the studio system and her memories of working with Pabst. Brooks’s writing is candid, often acerbic, offering insights into both the film business and the sexual mores of the 1920s. Her death in 1985 was swiftly followed by a definitive biography, a further ballooning of her cult celebrity, and the multiplication of her sleek image across popular culture.

The Austrian director G. W. Pabst was heralded as a great talent by highbrow critics in the 1920s – he was what we’d now describe as an auteur. He was born in Bohemia in 1885. He grew up in Vienna, where he studied drama, before working as an actor internationally: in Switzerland, Germany and from 1910, at the German Theater in New York. Landing in France in 1914, Pabst was taken to a prisoner-of-war camp in Brest, where he was detained for the entire First World War, where he occupied his time with a theatre group. After his release he worked in the theatre in Prague and Vienna, but in 1920, he moved to Berlin to enter the film industry, as Carl Froelich’s assistant director.

Pabst’s breakout success was The Joyless Street (Die Freudlose Gasse, 1925), starring Asta Nielsen and Greta Garbo, a study of the deprivations caused by rising inflation in the slums of Vienna. Pabst worked outside the German studio system – as a singleminded artist, he took care of the entire production from casting to cutting. He believed that cinema was the most important art-form of his time, but more than that: ‘it would help to make the world a better place for the arts, for human understanding.’

Having moved on from Expressionism, Pabst was closer to a realist tendency in German culture of the time called Neue Sachlichkeit, or The New Objectivity. He was a perfectionist, and his films contained exquisite cinematography, expressive editing, and performances that were motivated by his actors’ intimate understanding of their characters, thanks to his patient, sometimes perverse, coaching. He strived for honesty in his films, saying: ‘Realism is a method; it isn’t an end, it’s a means.’ His films explored psychological and social realism, dealing with madness and obsession (Secrets of a Soul, The White Hell of Pitz-Palu), or the suffering of women in a hostile, patriarchal world (The Joyless Street, The Love of Jeanne Ney). Pandora’s Box, a prestigious adaptation of works by German playwright Frank Wedekind, encompassed both themes.

After Pandora’s Box, Pabst made a few more films in Germany, but he could not tolerate the political climate of the 1930s. After a short stint in Hollywood, where he chafed at the strictures of the system just as Brooks had done, he returned to work in Paris for most of the decade. Family responsibilities forced him to move back to Austria and therefore to work in Germany under Nazi rule, which has done serious damage to his reputation, although he made films critical of Nazism and anti-Semitism after the war. He retired due to ill health, and died in Vienna, in 1967, aged 82. Writing about the director long after he had died, even devoted Pabst scholars call him ‘film history’s ultimate nowhere man’ and a ‘fallen angel’.
Pamela Hutchinson, Pandora’s Box (BFI Film Classics, 2017). Reproduced by kind permission of Bloomsbury Publishing. ©Pamela Hutchinson

Pandora’s Box (new edition) by Pamela Hutchinson is available to buy from the BFI Shop: https://shop.bfi.org.uk/pandora-s-box-bfi-film-classics.html 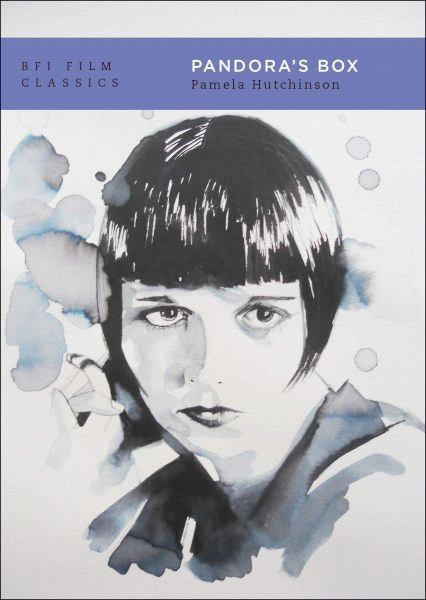