An introduction to Dwoskin through talks, a keynote presentation by Adrian Martin plus a screening of Acting Out: Stephen Dwoskin, a film by artist Philomène Hoël. 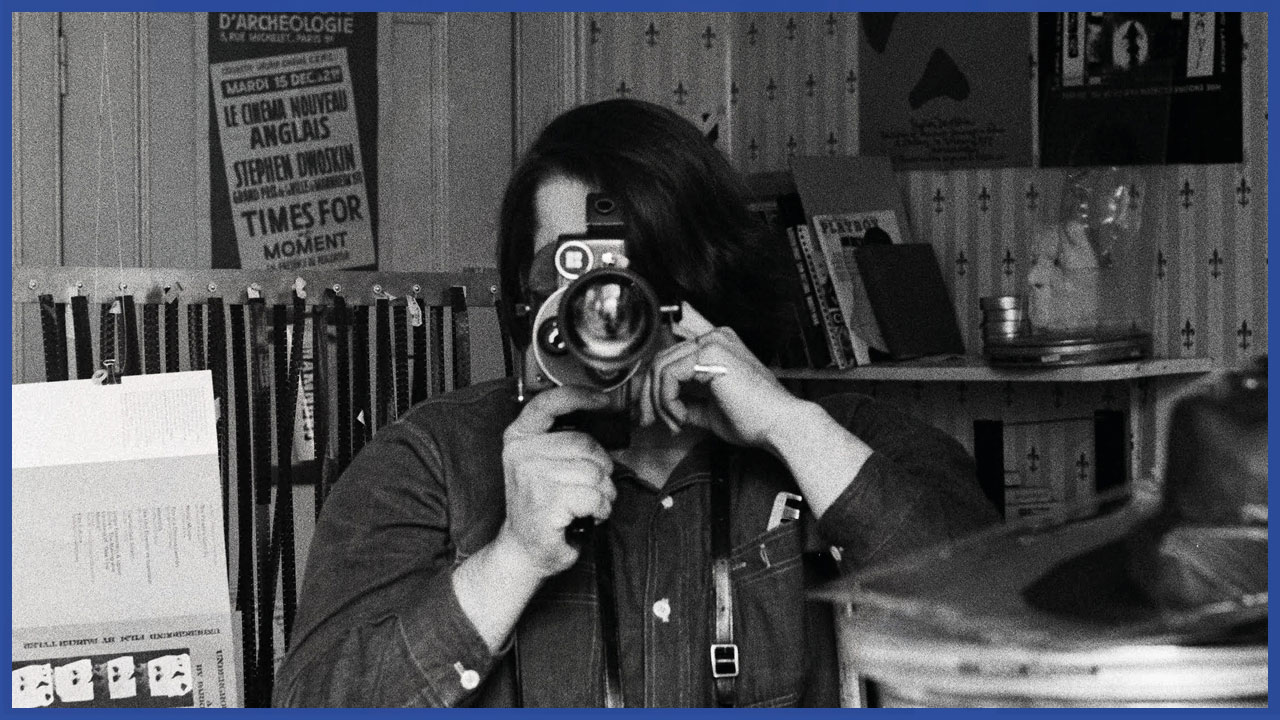 Dwoskin’s career, not only as a filmmaker but as a painter, designer, writer, and campaigner, cut across many central questions of the era: disability, sexuality, diaspora, and technology – especially technologies of memory. On his death in 2012 he left behind an extraordinarily rich archive, which for more than three years has been the focus of a multi-institutional research team based at the University of Reading.

This Study Day will include presentations from in and outside the project, culminating in a keynote talk from critic Adrian Martin.

The Study Day will be followed by the first live screening of Acting Out: Stephen Dwoskin, a film by artist Philomène Hoël starring researchers Henry K. Miller and Darragh O’Donoghue.

Study Day
These talks will introduce Dwoskin from a variety of perspectives, addressing such key themes in his work as disability, diaspora, and memory, and drawing on new research in the Dwoskin archive. The day will include a keynote talk from critic and audiovisual essayist Adrian Martin, on Dwoskin’s project of ‘a complex, hybrid cinema, in which disorientation is a major source of pleasure’.

12:00 Rachel Garfield and Will Fowler introduction

14:00 Panel Discussion 2. Jenny Chamarette and Henry K. Miller: Intoxicated By My Archive (chaired by Rachel Garfield)
An ‘in-conversation’ with two members of the AHRC funded project, The Legacies of Stephen Dwoskin’s Personal Cinema (2018 – 2022): Henry K. Miller and Jenny Chamarette. Henry, a film historian and critic, and Jenny, a feminist theorist of embodiment, gender and disability will discuss their relationships to Dwoskin’s work and archive, their findings and crossovers during the project, and the various flavours of archival fever and fervour they have encountered during the project. 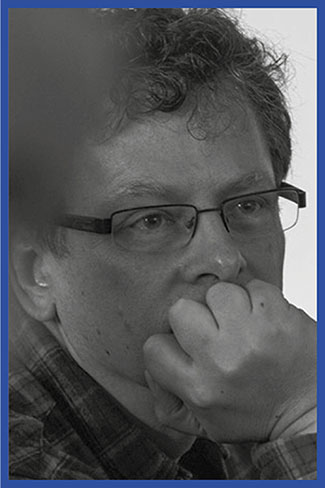 Disorientation, on every level, is a powerful and disconcerting force in the work of Stephen Dwoskin. Focussing on the feature-length films he made in the 1970s, this talk will explore the productive tension (as identified by Raymond Durgnat in the ’80s) between Dwoskin’s rigorous ‘plastic aesthetics’ (of space, colour, composition, etc.) and his remarkable experimentation with narrative forms. Today, artists who work in a similar way are frequently told that their films would best ‘fit into an art gallery context’. Yet Dwoskin, in his time, held on to the project of a complex, hybrid cinema, in which disorientation is a major source of pleasure.

Elisa Adami is Editor and Research Fellow at Afterall, Central Saint Martins (UAL). Previously, Elisa was the Coordinator of Research Residency programmes at UAL’s Decolonising Art Institute, where she was researcher-in-residence on the programme Decolonising Archives in 2020. Elisa completed her PhD in 2019 at the Royal College of Art and she has lectured at the RCA, Kingston University and Central Saint Martins. She is Associate Editor of the book series Research/Practice, published by Sternberg Press. Her writing has appeared in various publications, including the Journal of Visual Culture and Third Text, and she is a regular contributor to Art Monthly.

Alison Butler has written widely on artists’ moving image and women’s cinema. Until 2021 she was an Associate Professor of Film at the University of Reading and a Co-Investigator on the Dwoskin Project. She served as an editor of the journal Screen for ten years.

Jenny Chamarette is Senior Research Fellow in Art at the University of Reading and Co-Investigator on the AHRC-funded project, The Legacies of Stephen Dwoskin’s Personal Cinema. A writer, researcher, mentor and curator, she has published widely on film and visual cultures, disability, gender and embodiment, and was part of the research team for screen sector equalities advocacy organisation Raising Films’ recent report, How We Work Now: Learning from the Impact of COVID-19 to Build an Industry that Works for Parents and Carers. Author of Phenomenology and the Future of Film (2012) and co-editor of Guilt and Shame: Essays in French Literature, Thought and Visual Culture (2010), she sits on the editorial boards of MAI Journal of Feminism and Visual Culture, and MAI Press, an imprint of Punctum, and on the Film Section of Modern Languages Open. In 2021, her book project on queerness and cultivation, Q is for Garden, was shortlisted for the Fitzcarraldo Essay Prize and longlisted for the Nan Shepherd Prize.

Tom Cuthbertson is a Leverhulme Trust Research Fellow in the School of Modern Languages at Newcastle University. His research focuses particularly on forms of autobiography in contemporary experimental film and artists’ moving image, and he is currently working on a project entitled ‘Environmental Selves: Film, Autobiography and the Natural World.’ A chapter on Boris Lehman – the filmmaker he will be discussing alongside Dwoskin at the BFI study event – features in his book Autobiographical Reenactment in French and Belgian Film which is forthcoming later this year with the academic press Legenda.

William Fowler is Curator of Artists’ Moving Image at the BFI National Archive where he acquires, restores and curates films. His projects have included Queer Pagan Punk: Derek Jarman, the biggest ever UK retrospective of Jarman’s films, and This Is Now: Film and Video After Punk which toured internationally in collaboration with artist moving image agency LUX. He is
co-author of The Bodies Beneath: The Flipside of British Film and Television published by Strange Attractor Press in 2019.

Rachel Garfield is an artist and Professor in Fine Art at the University of Reading. She is author of Experimental Filmmaking and Punk: Feminist Audio Visual Culture of the 1970s and 1980s (Bloomsbury, 2021) and Principal Investigator of the AHRC-funded (2018–22) research project, The Legacies of Stephen Dwoskin’s Personal Cinema.

Philomène Hoël is an artist living and working in London. She is a practice-based PhD candidate at the University of Reading, in partnership with LUX, with a project titled ‘Is it your hand or is it my hand?’, a dialogue with the artist and filmmaker Stephen Dwoskin (1939–2012). She runs ‘Out of One’s Cinema’, a programme of experimental screenings, and is co-founder of the exhibition program flat deux (since 2015). Recent shows include: ‘Acting Out : Stephen Dwoskin’ (solo exhibition, LUX, 2020); ‘Cherry Pickers’ (collective show, Podium Luxembourg, 2019); ‘Show Me Love’ (solo, Casino Luxembourg, 2018); ‘Linda Linda Linda’ (solo, Carreau du Temple, Paris, 2018); ‘Dynamo Club’ (solo, Chalton Gallery, London, 2018); ‘Déjà vu’ (collective show, Chalton Gallery, London, 2018); ‘The Second Heart’ (solo, Doc Paris, 2017); ‘Keep It Longer’ (solo, Gallery SO, London, 2017). http://philomenehoel.fr

Adrian Martin is an arts critic and audiovisual essayist based in Spain, and Adjunct Professor of Film and Screen Studies, Monash University (Australia). He is the author of nine books on cinema, including Mysteries of Cinema (Amsterdam University Press, 2018 & University of Western Australia Publishing, 2020) and Mise en scène and Film Style (Palgrave, 2014).
His archive covering over 40 years of work is at http://www.filmcritic.com.au

Henry K. Miller is the author of The First True Hitchcock, editor of The Essential Raymond Durgnat, and co-editor of DWOSKINO: the gaze of Stephen Dwoskin, produced in his current role as researcher on the Dwoskin project at the University of Reading. He is an honorary research associate at the Slade School of Fine Art, University College London, and with Brighid Lowe he is co-director of the Slade Film Project.

Darragh O’Donoghue is completing a PhD on Stephen Dwoskin at the University of Reading, for which he compiled a catalogue raisonné of the artist-filmmaker. He works as an archivist at Tate, is a contributing writer for Cineaste, and is currently co-editing a special dossier on popular Hindi film for Senses of Cinema.