Working across features, animations, VR, performance and music, Andrew Kötting has been creating in an open, exploratory way with friends and family members for years. In part two of this focus we present richly imaginative films – made with Eden Kötting – that engage deeply with the visionary process and tradition, animating her drawings and paintings to create new, bright, fantastical worlds and landscapes.

The programme includes the rarely seen 35mm print of Mapping Perception, a multi-media art-science project about the limits of human perception and how we see and perceive difference. Afterwards, Andrew will join Whitechapel Gallery film curator Gareth Evans, in an extended conversation about Gallivant, biography, collaboration, journeys and surreal melancholia.

Mapping Perception
Mapping Perception was a multi media arts project in collaboration with a neurophysiologist, Mark Lythgoe, and curator Giles Lane. It took as its original inspiration my daughter Eden’s rare genetic condition; Joubert Syndrome. We spent almost four years working together and eventually produced a website, a gallery installation, a 35mm film and a book. We trawled back through a lot of my early archive of Eden as well as hours of Public Information films on the nature of disability. Presented in Café Gallery, Southwark Park, London in 2002 and touring as a single screen film to numerous film festivals thereafter. ‘Scientists and artists share an unquenchable curiosity and desire to question the world in which we live. Their methods, processes and outcomes may be worlds apart but their journeys can intertwine in united voyages of discovery. Mapping Perception is just such an experimental entanglement – the sum of four years of collaborative thinking, arguing, discussing, sharing and creating, borne of a shared passion, a common interest – perception.’ – Giles Lane, Producer, Proboscis

The Sun Came Dripping a Bucket Full of Gold
‘At the threshold of the last mystery you have looked into the eyes of your creature self and watched the sun come dripping a bucket full of gold.’
The Fun of Being Born – Barry Badblood

All in the Mind
In a world of make-believe anything is possible and yet Men are still stuck in their dark holes. Eden’s drawings of trees and animals that make up the work are magical, minimal and Miro-comic. They are a moving image celebration of the collages that she has been making with her father Andrew for the last five years. A daughter-father collaboration in which, drawings and texts are brought together in a collision of sound and picture.

In Far Away Land
Back stroke butterfly, front crawl and bras, we are awash in an ocean of bubbles. Meanwhile Captain Ahab sets sail on his magic carpet in search of the whale. All is not well in the world but Eden is there, fresh from her garden, tuning into The Far Away Land. We are deep in the cloud of our own making but help is at hand, and everything might yet be alright. In Far Away Land is the fifth part of a collaboration with the animator Glenn Whiting which includes All at See, All in The, Mind Forgotten the Queen and Dog Ate Dog.

Andrew Kötting was born between the mountains and the sea in Elmstead Woods in 1959. After some early forays into market trading and scrap-metal dealing he travelled to Scandinavia to become a Lumberjack. He returned home in the 80’s to study for a BA Honours Degree in Fine Art at Ravensbourne College of Art and Design and then graduated with a Masters Degree from The Slade, London.

He currently lives and works between St Leonards-on-Sea in England and Fougax-et-Barrineuf in the French Pyrenees where he continues to collaborate with his daughter Eden. He teaches part-time at the University for the Creative Arts where he is Professor of Time Based Media.

He has made numerous experimental short films, which were awarded prizes at international film festivals. Gallivant (1996), was his first feature film, a road/home movie about his four-month journey around the coast of Britain, with his grandmother Gladys and his daughter Eden, which won the Channel 4 Prize at the Edinburgh Film Festival for Best Director and the Golden Ribbon Award in Rimini (Italy). The film went on in 2011 to be voted number 49 as Best British Film of all time by the UK publication Time Out.

In 2001 he directed the first of his Earthworks Trilogy; This Filthy Earth, in 2009 Ivul, and in 2018 Lek and the Dogs. All three films were released theatrically throughout the UK and France. As well as exhibitions of his work in the UK he has also presented retrospectives of his work in Belgium, France, Germany, Holland, Greece, Ireland, Switzerland and Australia. His collaborations with the writer Iain Sinclair have also produced the Journeyworks multi-media projects: Swandown, By Ourselves, Edith Walks and The Whalebone Box.

His 30-year oeuvre to date has moved from early live-art inflected, often absurdist pieces, through darkly comic shorts teasing out the melancholy surrealism at the heart of contemporary Englishness to eight resolutely independent feature films that take biography, landscape and journeys as springboards into the making of visually striking and structurally inventive enquiries into identity, belonging, history and notions of the folkloric.

Eden Kötting was born in 1988 with a rare genetic disorder; Joubert Syndrome. She grew up in London and developed a keen interest in drawing and painting. In 1996 she appeared in her father’s experimental feature film Gallivant along with her Great Grandmother Gladys. She had her first solo exhibition in Evelyn Street, Deptford in 1999. In 2002 she collaborated with Dr Mark Lythgoe, Giles Lane and Andrew Kötting on the multi-media SciArt project Mapping Perception.

In 2005 she moved to St Leonards-on-Sea and attended 6th Form College at Glyne Gap where she further developed her drawing and painting skills. In 2006 her work was chosen to be part of a group show at Tate Modern organised by Project Artworks (an artist led collective that works with people who have complex needs who have recently been nominated for the Turner Prize, 2021).

Eden continues to collaborate with her father Andrew on numerous multi-media art projects, which include exhibitions, installations, performances and bookworks. In 2015 they also collaborated with the animator Glenn Whiting, which has seen the production of numerous short films commissioned by Channel 4 Random Acts, HOME in Manchester and most recently the BFI for the short film Diseased & Disorderly.

Eden is presently part of the Wednesday Mentoring Group at Project Artworks and shares a studio with her father in St Leonards-on-Sea where they are developing a VR project; The Tell-Tale Rooms. 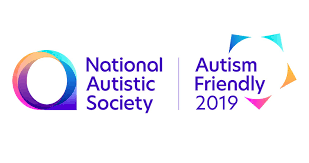