‘Greetings and love to one and all.’ Originally conceived as a documentary about the late 70s scene, Theodoros Bafaloukos’s wonderfully loose, quirky and free-wheeling film gradually morphed into a more singular, hybridised entity combining real-life figures with fictional elements in a tale of oppressed musicians getting one over on their exploiters.

Taking its title from the style of reggae that grew out of dub icon Augustus Pablo and his brother Garth Swaby’s record label, this cool and joyous journey ended up cheekily evoking Vittorio De Sica’s Bicycle Thieves (1948), with a dash of Robin Hood on the side. Leroy ‘Horsemouth’ Wallace, then one of Jamaica’s most celebrated drummers, moves through the Kingston ghetto and music industry in search of his stolen motorbike, bought as part of his record distribution business. As he encounters a host of luminaries along the way, among them Jacob Miller, Gregory Isaacs, Burning Spear and Big Youth, Rockers offers an indelible portrait of Jamaican culture and the reggae scene at its peak.
Alex Ramon, bfi.org.uk, 28 July 2022

Capturing the 1970s Jamaican reggae scene with an authenticity unmatched by the earlier and more internationally successful The Harder They Come, Rockers tells the story of the hustling Leroy ‘Horsemouth’ Wallace, a reggae drummer fallen on hard times. The cast all strut with natty style and deliver memorable performances in rich patois, but the music is the heart of the film, with atmospheric scenes of dances and studio sessions featuring a roll-call of the leading reggae musicians of the time, including Gregory Isaacs, Jacob Miller, Burning Spear and Bunny Wailer.
Sight & Sound, September 2005

A contemporary review
This skeletal Jamaican ‘Robin Hood’ tale owes its contagiously gleeful mood almost entirely to the excellent reggae music which supplies its title. Organically integrated into the film’s shaggy-dog naturalism, the music also provides the majority of the cast from the ranks of its performers. A sort of stoned co-ordination, seemingly unique to the Rastafarian sub-culture and its musical expression, lends an endearingly idiomatic exaggeration to action, gesture and language alike, and director Bafaloukos has the good sense to allow his (natural) performers to digress at will, even twice accommodating a straight-to-camera recitation of various articles of the Rasta faith. That said, though, Rockers is as far from worthy dramatic anthropology as it’s possible to be: there is a conspiratorial ambience about the semi-improvised script, a kind of self-expression-cum-wish-fulfilment, and even the subtitles remain mere transcriptions of the involved ghetto patois rather than translations.
The movies are a fitting mirror for a culture where ‘star’ is an expression of affectionate greeting and where musicians co-opt the names of such as Dirty Harry and Dillinger. The ‘roots’ simplicity of The Harder They Come and Smile Orange is perfectly captured here, incongruously enough, in an American film, which would qualify it in Rastafarian parlance as a product of ‘Babylon’ (any decadent establishment).
Paul Taylor, Monthly Film Bulletin, October 1979

This season is presented by African Odysseys, which celebrates its 15th anniversary in 2022 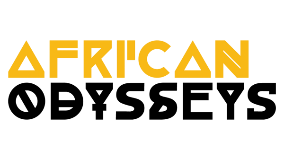