It begins with his eyes. When Chaplin looks at you, he demands your attention. In a flash, there’s a feeling of intimacy, like he’s telling you a secret.

It’s just over a century since people felt this connection for the first time. As moving picture houses sprung up across the world, hundreds of millions of people looked at him looking back at them from the screen.

We felt it watching Chaplin’s films as students. By coincidence, we now live in the South London neighbourhood where he grew up, metres from where he trained to be an acrobat. Locals still run Chaplin tours from his birthplace on East Street to the Lambeth Workhouse, where he was consigned as a seven year old. Every day we walked the streets that Chaplin recreated in his Hollywood studio – the streets that he returned to time and again as the Tramp. Making the film, we found ourselves searching for Chaplin in the Tramp and the Tramp in Chaplin. You can’t see one without looking at the other.

In The Circus, the Tramp wanders into a mirror maze, only to find hundreds of versions of himself looking back at him. ‘There are more Chaplin rumours, legends, accounts, reports and beliefs than cling to many a system of religion,’ wrote a journalist just a few years after he first shuffled onto the screen. Since then, his life and work has been deconstructed in hundreds of books, in dozens of languages. With so few people alive today who knew him, we retraced the footsteps of biographers and interviewers who’d traced Chaplin’s footsteps years earlier. Rooting through boxes of transcripts and hours of tape recordings, certain voices reached out to us.

Listening to a forgotten audiotape from 1982 took us into the kitchen of Chaplin’s childhood friend Effie Wisdom. In a glorious rasping cockney accent, she tells the film historian Kevin Brownlow how Charlie ‘used to talk like me. Common’. It’s the voice of Chaplin’s youth, describing the tiny attic room in which the family were forced to live. ‘Terrible, the way those boys suffered. I’ll tell you this much, he was always hungry.’ It’s the accent Chaplin later abandoned. When he returns to London in 1921, rich and famous, she tells him he’s ‘turned posh’.

Chaplin’s refined voice is captured on the reel-to-reel tape recorder of LIFE Magazine reporter Richard Meryman. The 1966 recording was meant for transcription and on first playback was almost inaudible. Careful digital restoration salvaged the faint signal from the noise, transporting us to the Manoir de Ban, Chaplin’s home in the foothills of the Alps. The house is now a museum, where we restaged the interview to intercut with photographs taken of Chaplin as he told his story.

‘My version,’ Chaplin tells Meryman, ‘is the most authentic one’, before describing the creation of the iconic costume. ‘The moment I put on those clothes, I felt so free,’ he remembers. No one more embodied the transcendent ideals of silent cinema, known at the time as ‘visual esperanto’ because it crossed continents and social barriers. The Tramp has no name, no fixed address, no family. He defies the contours of identity, blurring gender and sexuality, upending authority and class. ‘Talking is an artificial thing,’ Chaplin says in the LIFE interview. ‘Whereas movement is as near to nature as a bird flying.’

We were struck by how, as the Tramp, Chaplin is always journeying inwards. His first full-length film The Kid revisits the trauma of being separated from his mother as a child. Even as he builds a vast studio complex, assuming the scale of a Hollywood epic in The Gold Rush, he returns to the theme of hunger. The flower seller scene in City Lights – which Chaplin retook 342 times – hinges on the Tramp being mistaken for a rich man. Expressions of imposter syndrome recur throughout Chaplin’s films. The Tramp can never truly belong. Chaplin told his friend Alastair Cooke that ‘all the adulation is not for me, it’s for the Little Man’. His assistant director Eddie Sutherland noticed that even as he became the highest paid actor in the world, he ‘never lost the fear of poverty’.

Whilst Chaplin is often hiding in plain sight on screen, he defines clear boundaries in the LIFE interview. ‘This is not,’ he tells Meryman, ‘a confessional box’. We were interested in those limits, gaps and absences. His daughter Geraldine told us that her mother Oona – Chaplin’s fourth wife – was the only person who truly understood Chaplin. But Oona’s voice ‘doesn’t exist’. There are no recorded interviews with her. She destroyed much of her writing before her death, being ‘very careful with what she left’. Chaplin’s second wife Lita Grey was just 15 when their relationship began. She later remembers how her descriptions of the abuse she experienced during their marriage – which made front-page headlines during their divorce – were ignored or disbelieved by the public ‘because they idolised Charlie’.

Despite an emerging pattern of predatory and abusive behaviour towards young women, Chaplin seemed to be untouchable. Only when he began making speeches supporting communism did the wind change. Chaplin was no longer a silent clown. At the end of The Great Dictator, the Tramp finally spoke in an impassioned, rallying cry to ‘do away with national barriers, to do away with greed, with hate and intolerance.’ His political statements are catalogued in Chaplin’s FBI file, which amassed more than 2,000 pages. It reveals an extensive surveillance campaign conducted in collaboration with the right wing press. In a letter from the columnist Hedda Hopper to J. Edgar Hoover, she writes ‘you give me the material and I’ll blast.’

The 1947 press conference for Monsieur Verdoux – Chaplin’s first film without the beloved Tramp – captures how far the public mood had shifted. Only a fragment of the audio recording had been archived but a long search led us to the original reels in a garage in San Francisco. The scene shows Chaplin under attack for his politics, for his rejection of patriotism, for failing the public. Meanwhile, Joan Barry’s highly publicised court cases against Chaplin – stage-managed by Hopper and the FBI – had brought his private life into the headlines once again. This time, the tide of public opinion finally turns against Chaplin, but the gruelling trials and media sensation have tragic consequences for Joan.

Listening to these recordings, we began to picture the spaces they captured (Effie Wisdom’s kitchen in 1982, Chaplin’s Swiss home in 1966, the 1947 Press Conference in New York) as present tenses within the archival swirl of the film. So we restaged these encounters, with our cast lip-synching to the original recordings. We were interested in using a variety of approaches to disrupt the conventional construction of a biographical documentary. The Tramp’s costume is a kind of collage of disparate elements, which we tried to mimic in the structure of the film. We were wary of settling into a single framework, which felt reductive for such a complex figure. ‘Enjoy any Charlie Chaplin you have the good luck to encounter,’ said Chaplin’s friend Max Eastman. ‘But don’t try to link them to anything you can grasp. There are too many of them.’

These approaches are tied together by the voice of another South Londoner, our narrator Pearl Mackie, chasing these different Chaplins, real and counterfeit; rooting out imitators, impersonators and imposters. ‘Who is the real Charlie Chaplin?’, asked newspapers as the Chaplin Craze swept through America. He remains elusive, even to those closest to him. ‘I grew up with the icon,’ his daughter Jane told us, ‘but I had no idea who the man was’. Listening to Jane and her siblings Geraldine, Michael and Eugene, it was moving to hear Chaplin alive in their memories, still being reprocessed, still evading grasp.

In the Tramp’s universe, nothing is stable, everything is temporary. Wherever he ends up at the end of the film – whether he’s rich or poor, under a roof or out on the road – it all disappears when the credits roll. As the next film begins, the world resets. And he looks at us, like we’re seeing him for the first time.
Production notes 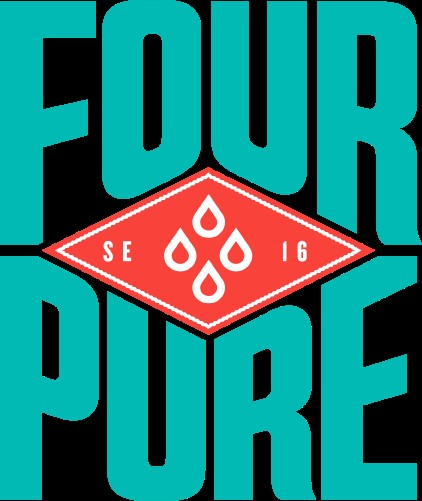