Born in Cairo a century ago on 2 August 1921, household name Alan Whicker was famed for his daring and insightful interviews as an investigative television reporter. Innovative and adventurous, crossing continents and TV channels in a career that spanned six decades, Whicker had one of the most enduring and influential careers in British television history, helping to remap the frontiers of long-form TV documentary.

With a journalist’s nose for a story, his mission was to inform and to entertain, never preach. Whicker’s name became a by-word for brilliantly crafted and revealing studies of people and places, traversing a rapidly changing world, from South America to South East Asia, California to the Caribbean, and meeting people from all walks of life along the way.

Whether exploring behind the scenes of the Miss World competition, interviewing François ‘Papa Doc’ Duvalier, the notorious Haitian dictator, exposing the lifestyles of the hippies of San Francisco, or meeting Hollywood royalty, Whicker’s deceptively conversational style encouraged intimate revelations from the great, the good and the not so good, his penetrating questions masked in old-school good manners.

Often ahead of his time, Whicker covered a huge range of subjects reflecting all aspects of 20th-century culture, politics and history. His reports on divorce, women’s rights, gay marriage and racial inequality and much else changed attitudes, and, in some cases, changed the law. At the height of his popularity, Whicker’s programmes commanded audiences of 15 million people.
bfi.org.uk, 4 August 2021

Around Whicker’s World: Money and Power
Alan Whicker remembers some of the most memorable characters and places he has encountered on his globe-trotting adventures: Percy Shaw, inventor of Cat’s Eyes for roads; author Harold Robbins; Peter Sellers; President Alfredo Stroessner of Paraguay; the Hutt River Province Principality in Western Australia; Papa Doc, Haiti. Money and Power is the second of three programmes in which Alan Whicker looked back over his 25 years in television, recalling some of the most memorable incidents, personalities and locations.

The Lord Is My Shepherd and He Knows I Am Gay
Alan Whicker attends the wedding of two homosexuals at a church in San Diego and investigates the development of the ‘Gay Liberation’ movement in the U.S.A. 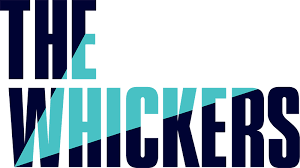